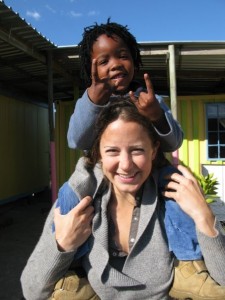 “Take a year off to travel, work or volunteer abroad? The “gap year,” typically taken after high school and before university, is a long-held tradition in many European countries, and in Australia and New Zealand. But the tradition is unheard of in the United States. Author and committed traveler Rita Golden Gelman is launching a national movement to change that.

On June 20th, 2009 in Washington, D.C., Gelman held a brainstorming session with over 40 representatives of various organizations with gap year interests to discuss the formation of a national movement called Let’s Get Global. The project’s mission is to make the gap year experience an accepted and established tradition in the United States.

Let’s Get Global focuses specifically on international gap year experiences, with a goal of increasing Americans’ participation in the world community. Let’s Get Global plans to launch a public relations campaign to educate the American public about the benefits of taking a gap year. High school students and their parents will be specifically targeted. A detailed website will contain information about the programs available, the universities that support taking a gap year, testimonials of gap year alumni and their parents as well as information on funding. Integral to Let’s Get Global’s vision is that gap years be available to all high school seniors regardless of financial background. Let’s Get Global wants to find and create funding sources for potential “gappers.”

It appears that the Let’s Get Global project has arisen in a market ripe for change. America’s elite universities from Harvard to Tufts and Princeton already support their accepted students deferring admission to take a gap year. This Fall, Princeton will launch a new program in which 20 students will spend the year in service-oriented work abroad before starting at Princeton in Fall 2010. At the high school level schools have even begun to hold gap year fairs, according to USA Today.

Gelman and Let’s Get Global’s volunteers see themselves as an umbrella organization seeking to unite and intensify the gap year movement in the U.S. They believe that cross-cultural connections are the solution to decreased world conflict because those experiences develop increased respect and understanding of different cultures. “Connecting across cultures changes you, you’ll never be the same,” says Gelman. “When you sit in someone’s home, sit across the table from them and share their food, they’re no longer strangers, foreigner; you realize they’re the same as you. And you can’t drop a bomb on yourself.” For more information, visit Let’s Get Global: Crossing Borders, Sharing Lives.”

To learn more, visit Let’s Get Global a project of US Servas Inc.