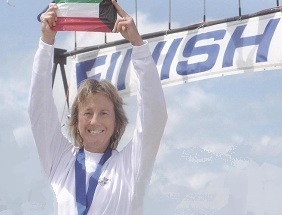 On December 30, 2012, after a one-hour trail run in the forests overlooking the Puget Sound, followed by a 75-minute Power Step class, I returned home, thankful for my strength, entered the kitchen pantry and took a lulu of a step.

The emergency room doctor returned with x-rays, shaking his head.

“No, this can’t happen now.  You see, I am in the process of moving from my house of 23 years and I have a major exhibition of my work opening in five days.”

I was trying to bargain with the doctor, “This just can’t happen, especially now.”

I did, then eyed my bare and swelling and bruised legs.

“You have a broken left ankle and a foot broken in three places.”

Denial had kept me in my place in the Middle East, and now I was trying to get it to work in the Pacific Northwest and on my legs.  This time it was different…I couldn’t bargain with the fact that something was broken.

From 2006-2010 I lived and worked as an art professor at a women’s college in Kuwait.  I survived those years because for the most part, I denied the inequity of being a woman there and how it was breaking me. Two years later I published a book on this experience, Suitcase Filled with Nails: Lessons Learned from Teaching Art in Kuwait. In April 2013, it was republished by Booktrope Publishing and includes images that were featured in my exhibit I attended in a wheelchair.