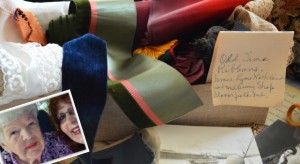 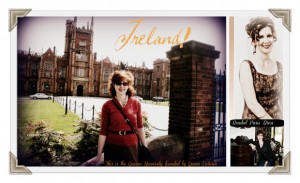 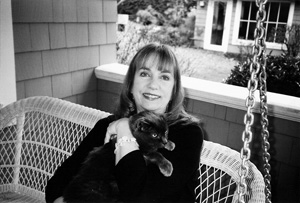 Cynthia Rylant is the prolific author of over 100 children’s books. When asked about her writing process, she simply  believes it is a gift, the gift of language, she’s been blessed with…

“I really can’t explain it. When I first started writing, you know, I tried picture books. And, you know, I soon discovered that when I write, it’s a bit of a flash. It’s all of a sudden and kind of inspiration. And that’s true for all of the picture books. The poetry books, I’ll write a book of poetry in a day, and I’ll be done with it.”

In a “moment” an idea for a poem or book comes to her, which she sets to writing. If a short piece, the storytelling process may take only a day to complete.

The following is an excerpt from her November 10, 2013 interview with NPR host Arun Rath, “How Cynthia Rylant Discovered The Poetry Of Storytelling”:

NPR -Cynthia Rylant is a renowned author who has written for all age groups and been honored with both Caldecott and Newbery prizes for her work.

Her latest book, God Got a Dog, is a collection of poems that only took her one day to write.

“One poem … just came out of the blue, and I sat down and I wrote it. And then after I finished writing it, I got an idea for another God poem, and so I wrote that one. And so it started in the morning and then by the end of the day, I was finished writing the book,” she tells All Things Considered host Arun Rath.

Driven by these bursts of inspiration, Rylant says her talent was “bestowed” rather than learned, and shares how her modest and isolated childhood shaped her work.

“Regarding that “moment,” the idea for Journeys with the Messiah came to me in 2004 when I opened a gallery in Watercolor Resort in Santa Rosa Beach, Florida.  It was a peaceful place and I thought we should make it more of a sanctuary where vacationers could come for a moment of peace. Then, a thought came to me, “What if all of the images on our walls were depictions of messages from the Bible.” 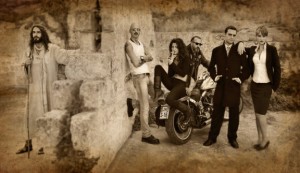 Over time, that idea grew. I thought about it, talked about it, but did nothing about it until late 2007 as I was about turn 60 in early 2008.  I asked my wife, “What if I die I and I have not done this? God has trained me for 30 years; given me the talent, the vision and the financial resources; what excuse would I offer?” That was the moment we decided to put my career on hold and pursue this dream that I believe he placed on my heart. 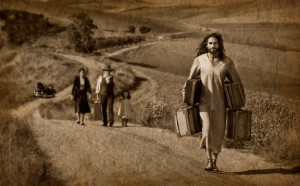 The project was planned throughout 2008, photographed in late 2008 and released in the fall of 2009. I have not returned to my career as a fashion photographer and Journeys with the Messiah Foundation, Inc has just filed the documents for approval as a non-profit corporation.” – Michael Belk, Journeys with the Messiah – A Fashion Photographer Explores the Modern-day Relevance of Jesus

For more information about Michael Belk’s Journey Project visit his website Journeys with the Messiah.